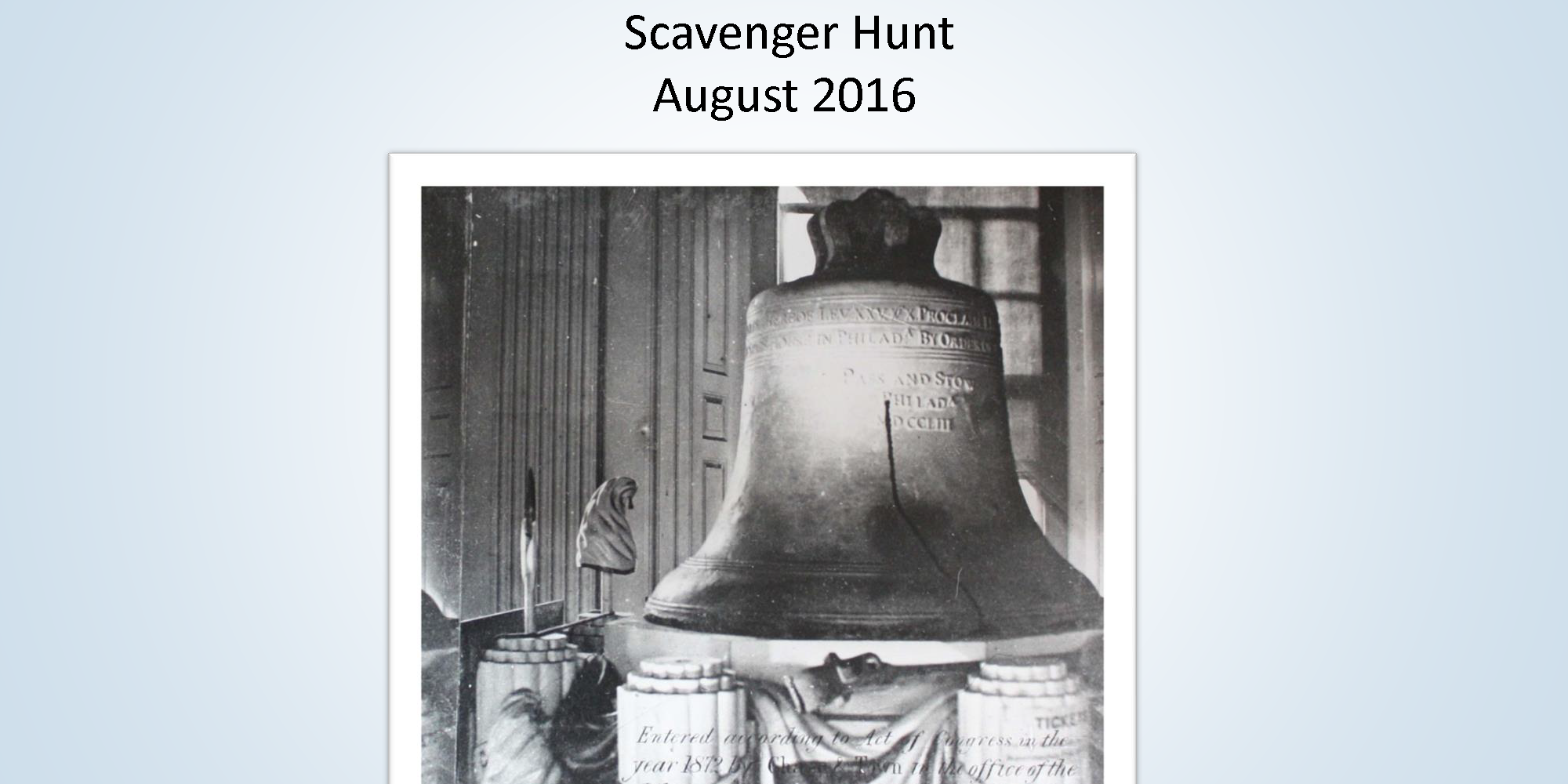 In this Historical Scavenger Hunt, Franchises were tasked to find and send a photo of the task to Headquarters. A team of judges determined whether the team had succeeded in their mission. The Supreme Judge had final say and assigned points to each photo (bonus points were available). When tallied the team with the most points would win.

Some of the tasks included posing with a Ben Franklin impersonator, find and eat an obscure food, find the U.S. Mint, find a Monopoly, Scrabble or Sorry game piece, drink a strange drink, photos of non-current U.S. Flags, pose with an Amish person, find Ben Franklin’s grave, eat a Cheesesteak, find the LOVE Statue, a stellar view of the city, pose with a Philly fan, entire team jumping on flight of stairs, Clothespin Sculpture, oldest antique, Chinatown Arch, an old church and finally entire Team’s Reflection in something other than a mirror.

The Hunt was over at 5:30pm. The day had been hot. Participants were tired and thirsty. Danielle waited patiently for the weary Hunters at the meeting place. Fortunately for the group she had chosen the newly renovated 12,000 sq. ft. Field House Sports Bar that serves 40 cold beers on tap. The next hour was full of laughs and libations about the exciting day and the meeting yet to come discovering the City of Philadelphia.

Back in Illinois, the judges conferred, debated and inspected the tasks and pictures. In accordance with the Historical Scavenger Hunt Supreme Judge tally; The Slinky Team won with 54 points. Congratulations. Bubble Gum Team not far behind with 40 points, Monopoly Team was very close with 37 points and the final team Candy Corn went to the bar early with only 14 points. Prizes were awarded, fun was had by all.

A big Thank You to Danielle and Cindy, as they were instrumental in organizing The Scavenger Hunt. It was a great success. Good job! Enjoy the photo presentation.